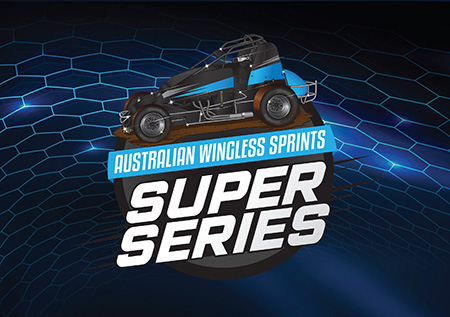 As a testament to the continual growth in numbers and standard of wheel to wheel competition in the category principals of Valvoline Raceway, Hi-Tec Oils Toowoomba Speedway and Murray Machining & Sheds Speedway Murray Bridge have created a sensational three-round three-track series for Wingless Sprints in 2019/2020.

Offering handsome series bonuses, bounties and prize-money the series will be held across the three Made Too Go venues between October, February and March.

With increased prize money and the lure of interstate competition against crack fields the inaugural Australian Wingless Sprint Super Series is expected to attract the cream of Wingless talent across at least four states.

There’s also the lure of a $5,000 bonus for any driver who can pull of the impossible and score main event wins in all three rounds.

With many of the NSW, SA and Queensland teams traveling between the Made Too Go venues last season the series makes sense for both promoters and teams alike.

“We’re committed to building the profile of all the categories that race at our venues,” says Made Too Go Principals Barry and Felicity Waldron, “we’re really excited about the future of the Wingless category and the place that they hold at our respective venues. We like the concept that Scott Yallop and the Wingless administrators have worked on and collectively we can’t wait to implement it into our calendars. The series finale in South Australia at Murray Bridge in particular will be next level for the category.”

Rounds will be held across NSW, QLD and SA on the following dates:

More information about the Wingless Sprint Super Series can be downloaded from the link below:
http://valvolineraceway.com.au/pdf/19-20/WSSS_infopack.pdf