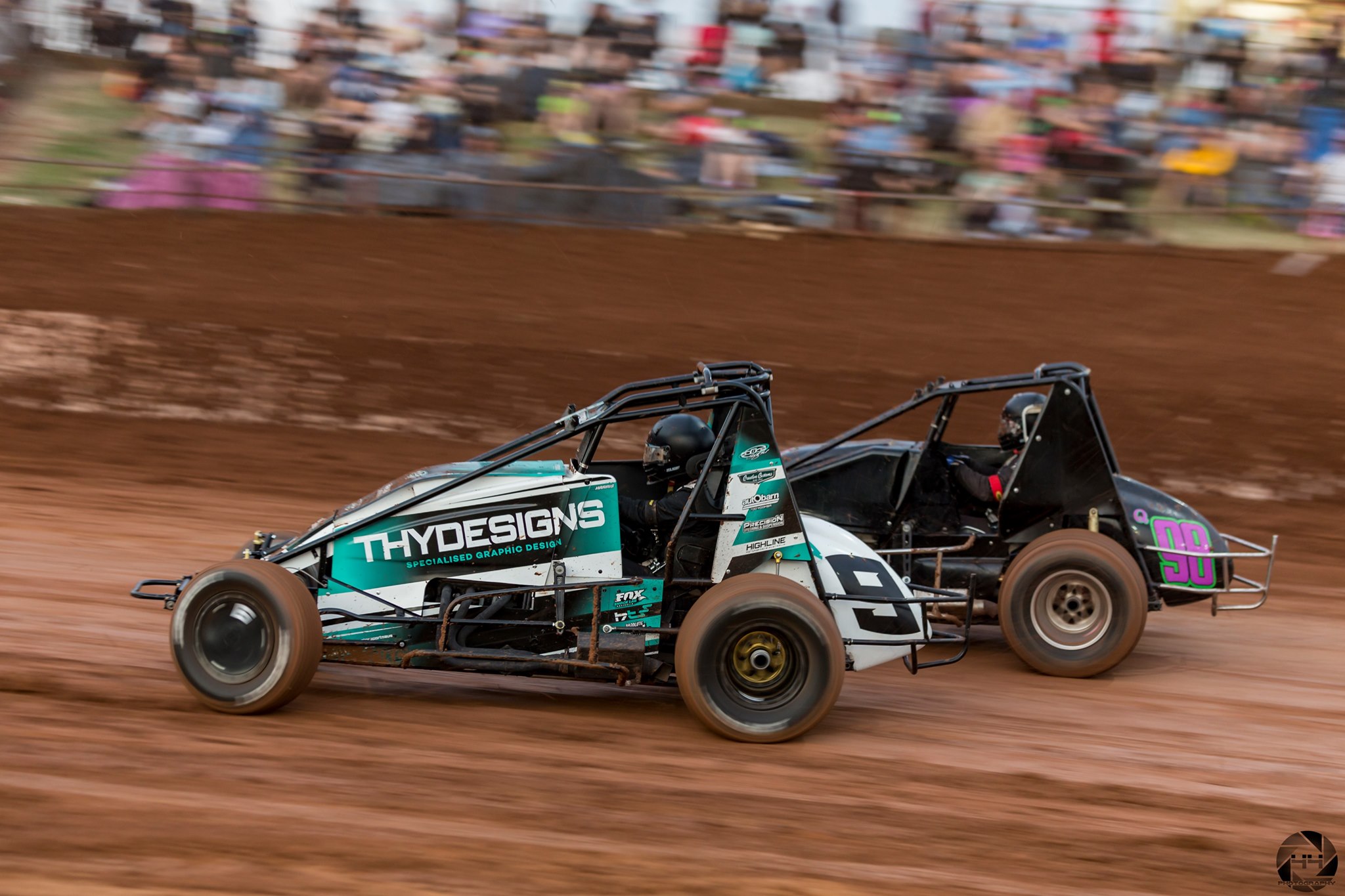 The biggest field of Wingless Sprints outside of an Australian title at Hi-Tec Oils Toowoomba Speedway will converge this Saturday night for the first round of the historic Australian Wingless Sprint Super Series.

The Series, held between Toowoomba, Valvoline Raceway in Parramatta and Murray Machining & Sheds Speedway Murray Bridge has attracted some of the best Wingless pilots across Victoria, Queensland and New South Wales.

Boasting an impressive prize money and points fund across the three states the AWSS kicks off in fine style at the challenging Hi-Tec Oils Toowoomba Speedway high-banks this coming Saturday night.

Regarded as one of the fastest growing and indeed most competitive classes in Australian Speedway the Wingless Sprint ranks are stout throughout the country no matter which state is involved.

The field this Saturday night is brimming with potential feature winners with each state having bragging rights to a possible opening round win.

43 drivers have entered Round One with 19 of them being Queenslanders standing at the gate to defend their honour.

Whilst it's a predominantly a NSW v QLD State of Origin battle there are three determined Victorians ready to score an upset on the T-Bar banking in Travis Millar, Dayn Bentvelzen and Luke Weel.

The second round of the Wingless Sprint Super Series is set down for Sydney's Valvoline Raceway on Saturday, February 1, 2020.

This Saturday night the Wingless Sprint entries account for 43 of the over 140 cars across the various fields on hand for the enormous Schultz Sedan Spectacular affair.