BIG BUCKS ON THE LINE FOR SENSATIONAL SSA SEDANS AT TOOWOOMBA 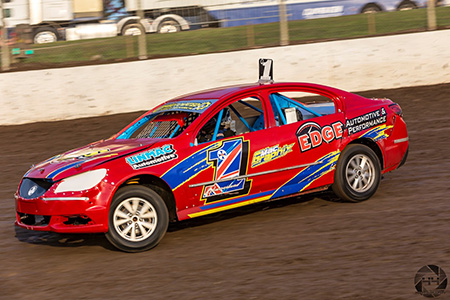 Whether it’s Junior Sedans, Super Sedans, Modified Sedans, Production Sedans or Street Stocks, sedan racing is on the move with a range of exciting initiatives planned for the upcoming speedway season at Hi-Tec Oils Speedway in Toowoomba courtesy of the local members club and a range of wonderful sponsors.

For a long time, sedan racing in Toowoomba has been a popular staple on the nightly event calendar and during the past few seasons spectator interest, local competitor numbers and visiting drivers have certainly surged, giving the MadeTooGo group a wonderful platform to put on some exciting events for all these divisions.

And the good news keeps coming.

During the 2019/2020 season Modified Sedans will contest the second annual running of the PS Designer Homes T-Bar Nationals that carries a prize purse over $35,000, along with a $3,000 to win event on Pink Night, the Queensland Title and the Steering & Suspension Warehouse Toowoomba Club Championship Series.

In total the Modified Sedan division will race for well over $70,000 in prize and tow money at the eight scheduled appearances in Toowoomba!

Production Sedans continue to show growth around the area and are set for another exciting season. One of the highlights for the season will be the $1,000 to win Dean Fraser Memorial along with the Fox Shock Labs Australia Toowoomba Club Championship Series that boasts a $3,000 series prize pool.

Close to $10,000 in prize money will be paid out to the Production Sedans in Toowoomba this season during the five scheduled shows!

After the success of last season’s Queensland Title the Street Stock division is booming with plenty of new drivers and cars all keen to tackle the high banked venue in both directions. The Immortal Rollcages Toowoomba Club Championship Series has attracted an amazing first prize - a bumper to bumper Immortal Rollcage kit worth over $4,000 will be awarded to the 2019/20 series winner.

Along with this, the Mountaineers cup returns in February and Street Stocks will also race for almost $10,000 in prize this season during their five events.

With a renewed focus on Junior Sedan racing in Toowoomba, the Junior Sedans will be given multiple opportunities to race in Toowoomba during the upcoming season to foster growth and attract new competitors from the Darling Downs region.

The future of speedway hinges on the development of Junior divisions and this is an important part of the MadeTooGo’s road map heading into the future. Junior sedans have five nights scheduled during the season ahead.

The next SSA division featuring at Hi-Tec Oils Speedway this season is of course the popular Super Sedan division. This iconic V8 division is scheduled to appear twice this season and both events will be rounds of the Queensland Championship Series that will again boost some of the leading drivers in the country to the super quick venue.

With a season calendar packed full of variety, fans have plenty of reasons to look to the 2019/20 season when it kicks off in only a number of weeks on 28 September for the annual Carnival of Power featuring USC Sprintcars, Monster Trucks, Fireworks, Modified Sedan Series, Street Stock Series and Modlites making up the action packed night of entertainment at Hi-Tec Oils Speedway.